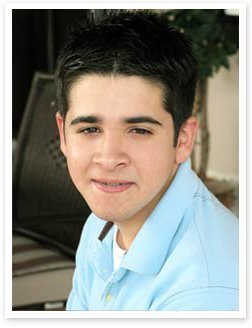 Fourteen-year-old Michael was playing football in gym class one day when he hurt his knee unexpectedly.

“I went for a catch and jumped, but the way I landed was all messed up. My whole knee collapsed,” he says.

For the next few days, Michael had difficulty performing strenuous activities. When his pediatrician’s X-ray revealed no apparent problems with his knee, Michael’s mother Ana took him to see Randolph Cohen, MD, pediatric orthopedic surgeon and pediatric sports medicine expert.

“We’d heard that Dr. Cohen had a great reputation for treating knee injuries, and when we met him for the first time, we also liked his way of putting us at ease,” she says.

According to an MRI, Michael had torn his anterior cruciate ligament (ACL) from the impact of his awkward landing on the football field. Dr. Cohen recommended surgical reconstruction and took the time to explain to Michael and his mother exactly how the procedure would be performed so they would have a clear picture of what to expect.

Throughout the operation at Joe DiMaggio Children’s Hospital, Dr. Cohen kept the parents informed. While Michael’s parents waited for him to come out of surgery, Dr. Cohen made a point of visiting with them several times to give them updates on their son’s condition. Louis, Michael’s father, says those updates were very reassuring.

“We could tell that Dr. Cohen knew exactly what direction he was going to take during surgery and that he wasn’t just exploring,” he says. “He had a good sense of Michael’s current condition and his future, and that instilled us with a feeling of confidence.”

After the successful operation came several months of intense physical therapy to restore strength to the ACL. Fortunately, Michael had someone to mentor him at home. His father had undergone ACL surgery several years ago and knew exactly what Michael was going through. Together they talked about the importance of following the prescribed regimen for maximum benefit.

With encouragement from his father, Dr. Cohen and his physical therapists, Michael was able to persevere and regain full use of his knee in about four months.

Now that his injury is no longer an issue, Michael, now 15, says he is excited about exploring the limits of his potential in karate, a sport he has practiced for three years. Currently a blue belt, he is eager to pick up some new skills and advance to a higher level, using the intensity of focus that he acquired during his recovery from surgery.

“Physical therapy and karate make you more disciplined because you have to push yourself hard,” he says with pride. “I’m now stronger in both body and spirit.”