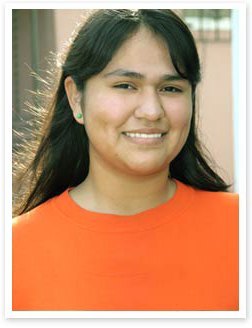 Thirteen-year-old Melissa is an unstoppable athlete. She’s never let anything get in the way of her passion for sports, not even her bad knee.

It all started during a soccer game on February 5, 2005, when she was kicked by an opposing player. Unable to walk, Melissa was rushed to the hospital, where she was diagnosed with partially torn anterior cruciate ligament (ACL). She was sent home with a brace and crutches and went to see Dr. Randolph Cohen several days later for follow-up care.

After a regimen of physical therapy, she returned to playing soccer and didn’t have any problems until a year later, when she woke up one Sunday in terrible pain after a long soccer tournament the previous day. She paid a visit to Dr. Cohen, who was concerned that her ACL had torn completely. He suggested that if Melissa were to continue playing soccer, then surgical reconstruction of the ACL was her best option, provided she had the discipline to stick with the intense physical rehabilitation program. Determined to stay active, Melissa was willing to rise to the challenge.

Dr. Cohen went on to explain that there are a variety of options for ACL reconstruction. Melissa opted for a tissue graft from a donor since it meant she would not have to sacrifice any of her own tissue.

On May 11, 2006, Melissa was admitted to Joe DiMaggio Children’s Hospital to have the operation. She was nervous, but Dr. Cohen and the hospital staff took the time to answer all her questions and make her whole family feel at ease.

“The people there were so awesome. They really know how to treat a patient. And Dr. Cohen always had a smile for me,” she says.

A few hours after the operation, she went home. A week later, she returned to Dr. Cohen to have the brace removed and the knee examined. She was pleased to learn she was already able to bend her knee greater than 90 degrees. After only three weeks of supervised physical therapy, she was allowed to continue her rehab exercises at home.

These days, Melissa works out at the gym on a regular basis to keep her knee strong. Once the fastest runner in her P.E. class, she has regained nearly all of her pre-injury strength and speed and continues to improve with each passing day.

Whether she’s riding her bike or running a footrace, it’s the sheer freedom of movement that brings her joy.